The gutter system is one of the most neglected systems in the household. It plays a vital role in ensuring that the house’s exterior does not experience any kind of water damage. If for suppose, there is no gutter the roof could be easily damaged by the water over the passing time. Moreover it also makes sure that the water is not pooled around the house which may also cause damage to the flower beds and the foliage. Keeping these things in mind, there might be some problems with the gutter sometimes and might need servicing or removing gutter spikes. Many people commit the mistake of removing gutter spikes and causing harsh damage to the gutter. There are several ways in which a person can make sure that he is not causing the gutters to get damage and being able to remove the gutter spikes at the same time. If you don’t know much about it then there is nothing to worry about as this article has got you covered. This article will guide you through how to remove gutter spikes without damaging gutters. 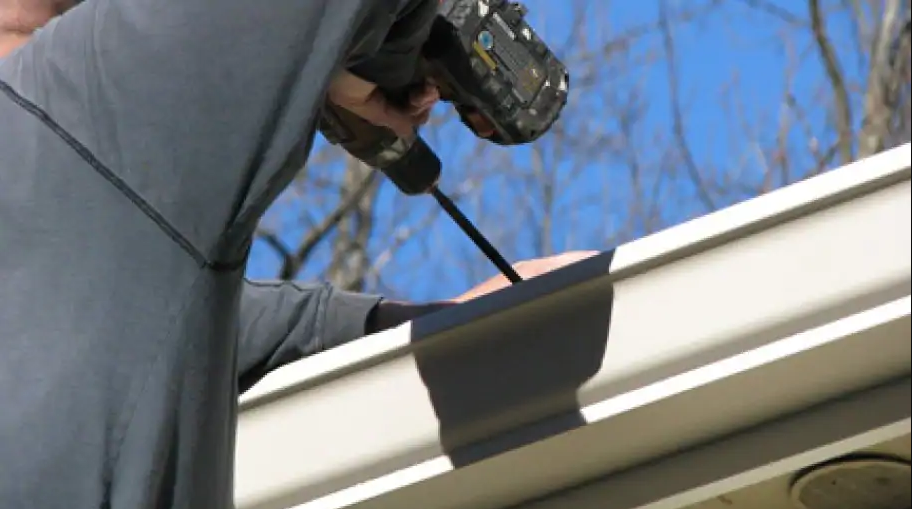 First of all, the first thing you need to do is to remove all the outdated and defective gutter ferrules or spikes. One main tip to replace the spikes is to simply remove it accordingly one by one and not in a hurry. This step is the most important as many people try to be quick and fast but end up regretting in the end as they end up damaging their gutter spikes. This also prevents the gutter from being separate while one performs this method. Ferrules are designed to eliminate the walls of the gutter from collapsing while the sections are drilled. They are usually oversized spacers and are widely available at taylor fascia.

It is advised by the professionals that one should replace gutters in such a way that he should place new ferrules inside the gutter so that the new ferrules are just right behind the existing gutter’s spike hole. After this, it is instructed to insert the screws carefully into the hole. After screwing it into the existing hole then they should screw through the hole of the spike along with the ferrule. After doing so they should screw into the house structure. This procedure shall be continued until you are done with removing all the gutter spikes.

There are hundreds and thousands of accidents which include severe injuries that occur across the country when people try to do this type of work around their household. One should be vigilant and should be aware of the tools and should use the right tools. Right placements parts should be used which can be widely found on taylor fascia, when removing and replacing gutter spikes. At the end after a lot of hard work, all the time spends and a small investment can be worth the time and effort. Going through these guidelines and articles can prevent you from damaging gutters and removing the gutter spikes at the same time.